Mr. Konkin has over 35 years of geological experience throughout North and South America as well as Russia. Mr. Konkin worked for Silver Standard for 19 years and managed advanced exploration programs at Manantial Espejo (Argentina), San Luis and Berenguela (Peru) as well as Snowfields (Pretium) in the Golden Triangle, British Columbia. Mr. Konkin was appointed the project manager for Pretium Resources after it purchased the Snowfields-Brucejack project from Silver Standard in 2010. Subsequently, he was instrumental in the discovery of the Valley of Kings deposit at the Brucejack Lake mine, an eight-million-ounce gold deposit currently in production. He spent seven years managing all aspects of the exploration programs at Snowfield-Brucejack. During his tenure with Pretium, the company received the Bill Dennis award in 2013 for a Canadian discovery (presented by the Prospectors & Developers Association of Canada); Mr. Konkin was also the co-recipient of the prestigious H.H. "Spud" Huestis award for "excellence in prospecting and mineral exploration in B.C. and/or Yukon" in 2017. 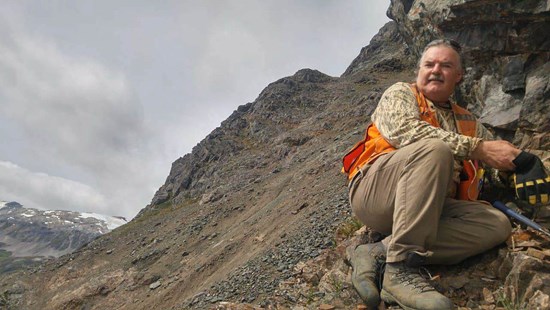 Mr. Konkin stated: "I'm very excited about being given the opportunity to work with Tudor Gold Corp. on all its projects within the Golden Triangle. I look forward to building an exploration team that is capable of fast-tracking and advancing the status of each project as quickly as possible. We will begin immediately with detailed examination of the recent drill results obtained from the 2018 Treaty Creek diamond drill program as well as all the historical drill results for the Treaty Creek project. The goal is to flesh out a sizeable gold deposit at Treaty Creek. In the coming months we will examine drill core in order to determine controls for the gold mineralization and potential pathways for the mineral source. From these studies we will lay out a comprehensive exploration program for 2019 that will include the recommendation of continued diamond drilling. Clearly, when any drill hole program ends on such a positive note as it did for Tudor Gold (hole CB 18-39 averaged 0.981 g/t gold over 563.8 metres) it makes for a very exciting start to the next round of drilling, particularly when the hole bottomed in gold mineralization. Furthermore, Tudor has several very promising gold, silver and polymetallic projects at varying stages of exploration that we will examine this year as well. I thank Walter Storm for this opportunity to work with the Tudor Gold team and provide some of my knowledge from previous years of working in this region."

Mr. Konkin will manage exploration programs for all of Tudor Gold's projects located within the Golden Triangle in northwestern British Columbia. Mr. Konkin initially began his geological career working in the Stewart area as a geological student during the early 1980s. He received a Bachelor of Science degree in geology from the University of British Columbia in 1984 and continued working in the Stewart region for several exploration companies in the 1980s and 1990s.

President and chief executive officer of Tudor Gold, Walter Storm, commented as follows: "I am delighted to welcome Ken Konkin to Tudor Gold. He is an outstanding choice to be our exploration manager and he brings to us his vast knowledge of the entire Golden Triangle region. The timing for this was perfect as Ken recently has moved back to Canada from Peru."

Darren Blaney, CEO of American Creek stated: "This is a very positive development that we fully endorse and are thrilled about. Ken clearly has the expertise and credibility to bring the Treaty Creek project to the next level. A world class project deserves a world class exploration manager.

"We are also very pleased with the recent new appointments to Tudor's Board of Directors. Walter is moving things in the right direction and we are excited for what will unfold in 2019."

The Treaty Creek Project is a joint venture between Tudor Gold, Teuton Resources Corp., and American Creek. Tudor is the operator and holds a 60% interest with both American Creek and Teuton each holding respective 20% carried interests in the property (fully carried until a production notice is given.)

More information on Treaty Creek can be found here:
https://americancreek.com/index.php/projects/treaty-creek/home

Three of those properties are located in the prolific "Golden Triangle"; the Treaty Creek and Electrum joint venture projects with Tudor Gold (Walter Storm) as well as the 100% owned past producing Dunwell Mine.

The Corporation also holds the Gold Hill, Austruck-Bonanza, Ample Goldmax, Silver Side, and Glitter King properties located in other prospective areas of the province.

For further information please contact Kelvin Burton at: Phone: 403 752-4040 or Email: This email address is being protected from spambots. You need JavaScript enabled to view it.. Information relating to the Corporation is available on its website at www.americancreek.com.